There were several key items on the brief for this room, not least overcoming the cold, as this is part of an exposed extension over the hallway. Also wanted was a wider shower area and glass that would open outwards for easy cleaning.

To warm the room, fitter Paul lowered the ceiling, insulating above, and added a thin false wall on the front, also with insulating tilebacker. This also allowed us to hide unsightly pipework and add niches for soap and shampoo. We lowered it at the window, so the quartz cill could be extended as a useful shelf. Deepening the shower area narrowed the space for the towel rail, so designer Derek suggested a Bisque Lissett with extra bars, as it is quick to heat and its body is narrower than the towel bars, so allowing it not to impinge on the window, while still holding enough towels. We supplied a customer glass shower door to suit the brief.

Other brief-meeting features included a tap that swivels out of the way for hair washing, increased storage, a custom frosted glazed door to the bedroom and larger tiles, which added visual warmth and elegance (with less grout to maintain). We moved the basin around the corner, so that the mirror was above it, adding a wall hung vanity unit for storage.

Our client was “delighted” and said they would return for any further projects and they subsequently invited us to refurbish their cloakroom.

Please see our before pictures below... 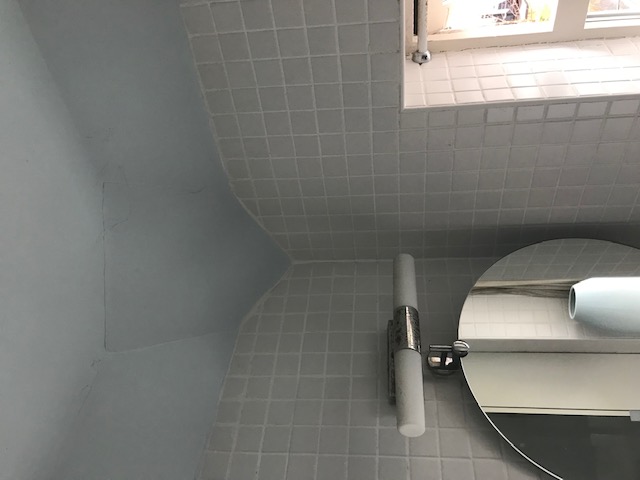 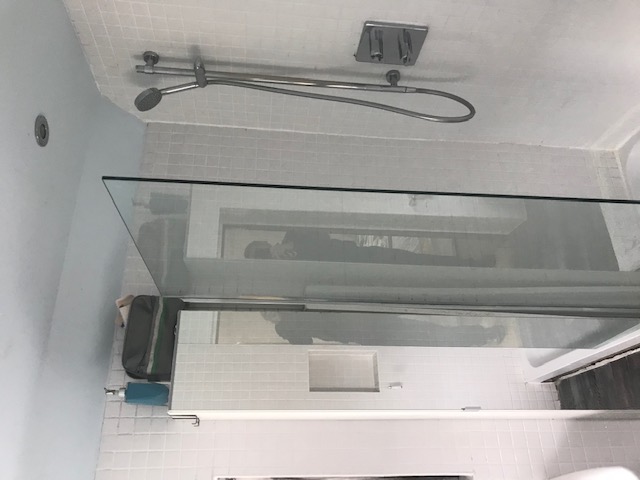 Please see our after pictures below... 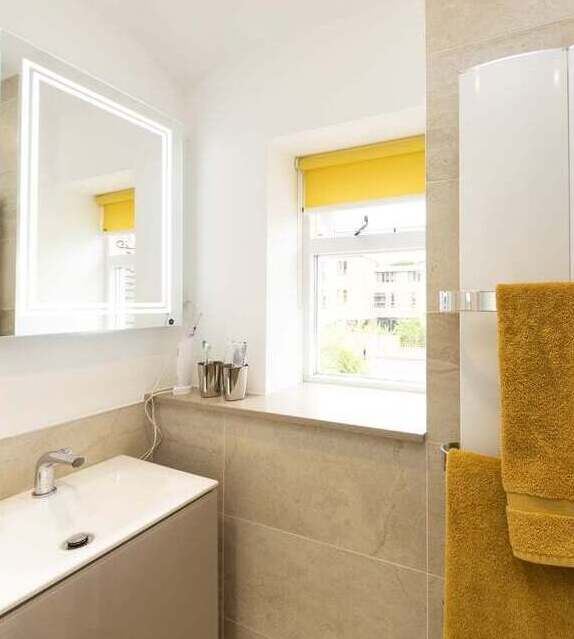 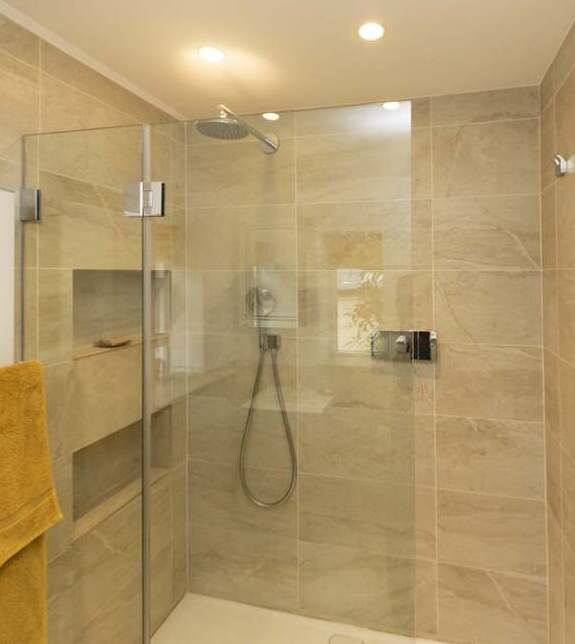 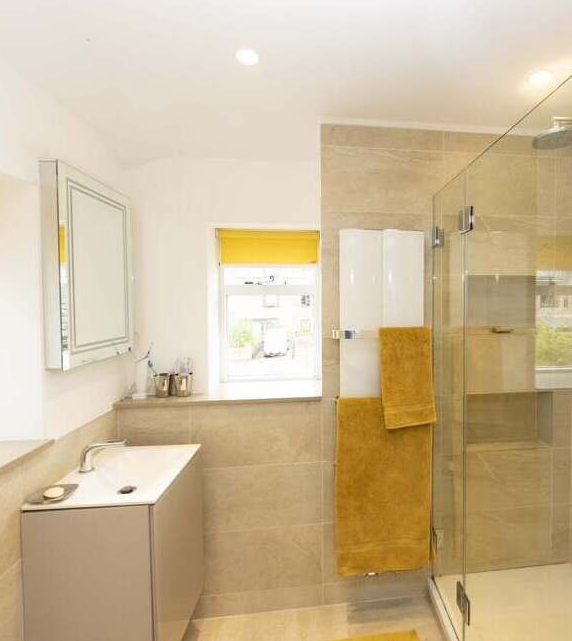